Presented by Masters Of Choreography, Shakespeare: Tragedies & Comedies is sure to captivate theatre-goers this July, as they showcase this one night only all ages event on 14 July at the Athenaeum Theatre in Melbourne.

The Shakespeare: Tragedies & Comedies showcase brings together 13 leading choreographers of various genres onto the one stage, allowing the audience to immerse themselves in a show that not only takes them on a journey of 13 Shakespeare plays such as Macbeth, The Twelfth Night and A Midsummer Night’s Dream, but also presents a side of Shakespeare like you’ve never seen before, exposing the audience to a variety of dance genres and entertainment.

The Tragedies & Comedies that are the Shakespeare’s plays are portrayed on stage through numerous dance genres such as a Contemporary version of Antony & Cleopatra, a Jazz & Classical Fusion version of Romeo & Juliet, a Ballet version of Macbeth and a Hip Hop version of The Comedy of Errors, with each play being presented through the vision of the chosen choreographer and their specialised genre of dance.

Masters of Choreography Director’s, Jennifer and Milo said, “We want our audiences to be captivated and intrigued, to see the plays presented in a manner that they have never seen, all the while staying true to the story and respecting the words, emotions and vision of the legendary bard, William Shakespeare.”

The show will feature over 200 performers in the 2 hour showcase, leaving viewers in awe and seeing what they may have not encountered before in other shows. No other showcase brings such a variety of entertainment through dance and music.

The production house behind the show, Masters of Choreography, have toured their shows throughout the world from Australia and the UK, presenting over 100 shows in the past two years alone. They have showcased at venues such as The Palms at Crown, the Palais Theatre and the National Theatre. Masters of Choreography have also showcased at events including Australian Grand Prix’s opening night with Jay Sean at the prestigious Glamour on the Grid event. They have also been selected as the official Dance Partners of the 2018 and also 2019 Arnold Sports Festival Australia.

Due to popular demand  after a string of sold-out shows of their Beats on Pointe production in London’s West End this year, and receiving standing ovations for each show with outstanding reviews, the show has been renewed for a second and longer season and is headed to London again from May 2019.

Tickets available at Ticketek and the Athenaeum Box office from $48 – $73, with family and group packages available. Proceeds from the evening will support ‘The Footy Lady’ Susan Alberti’s namesake foundation, The Susan Alberti Medical Research Foundation and their important efforts for diabetes research, prevention and ultimately to find a cure. 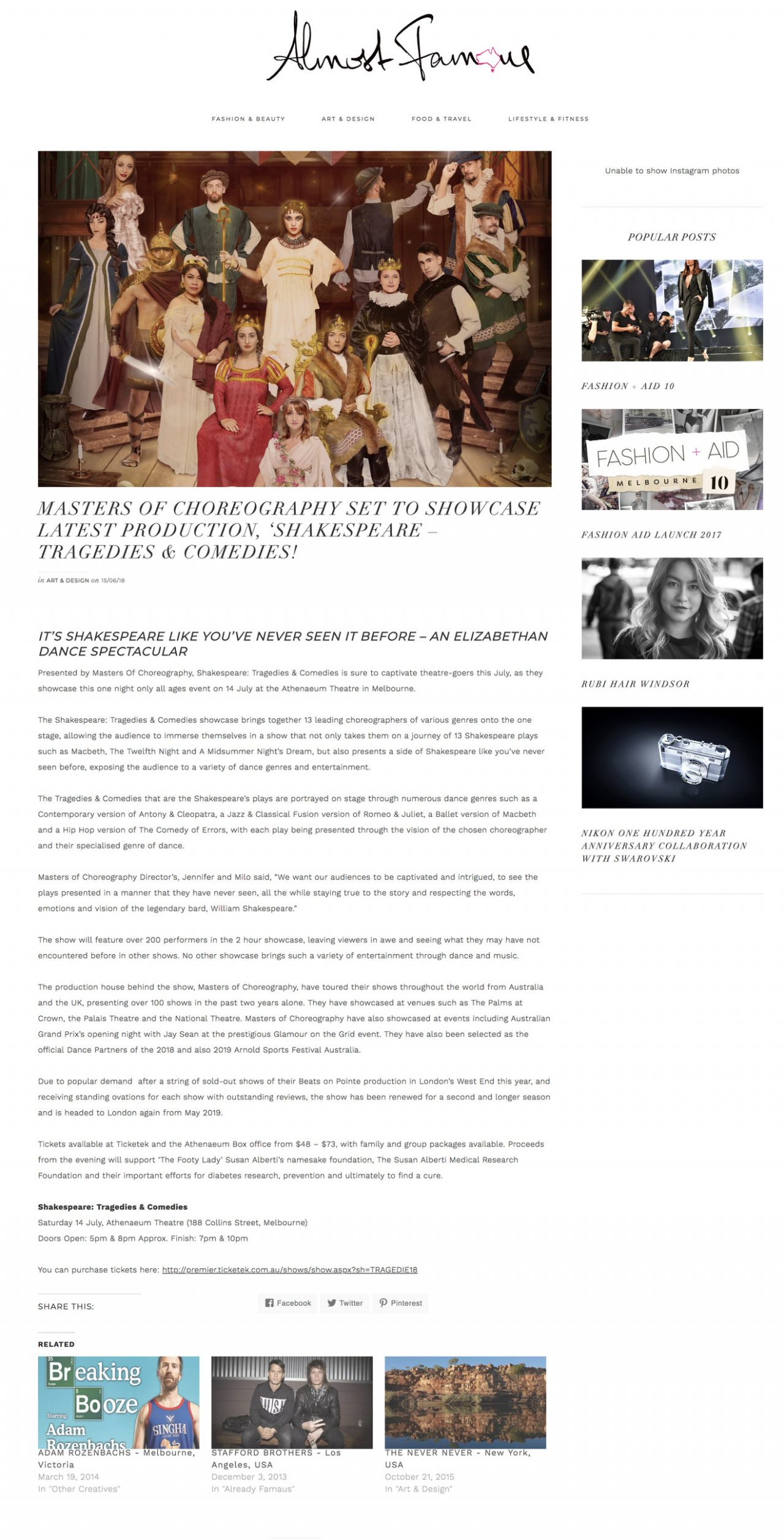 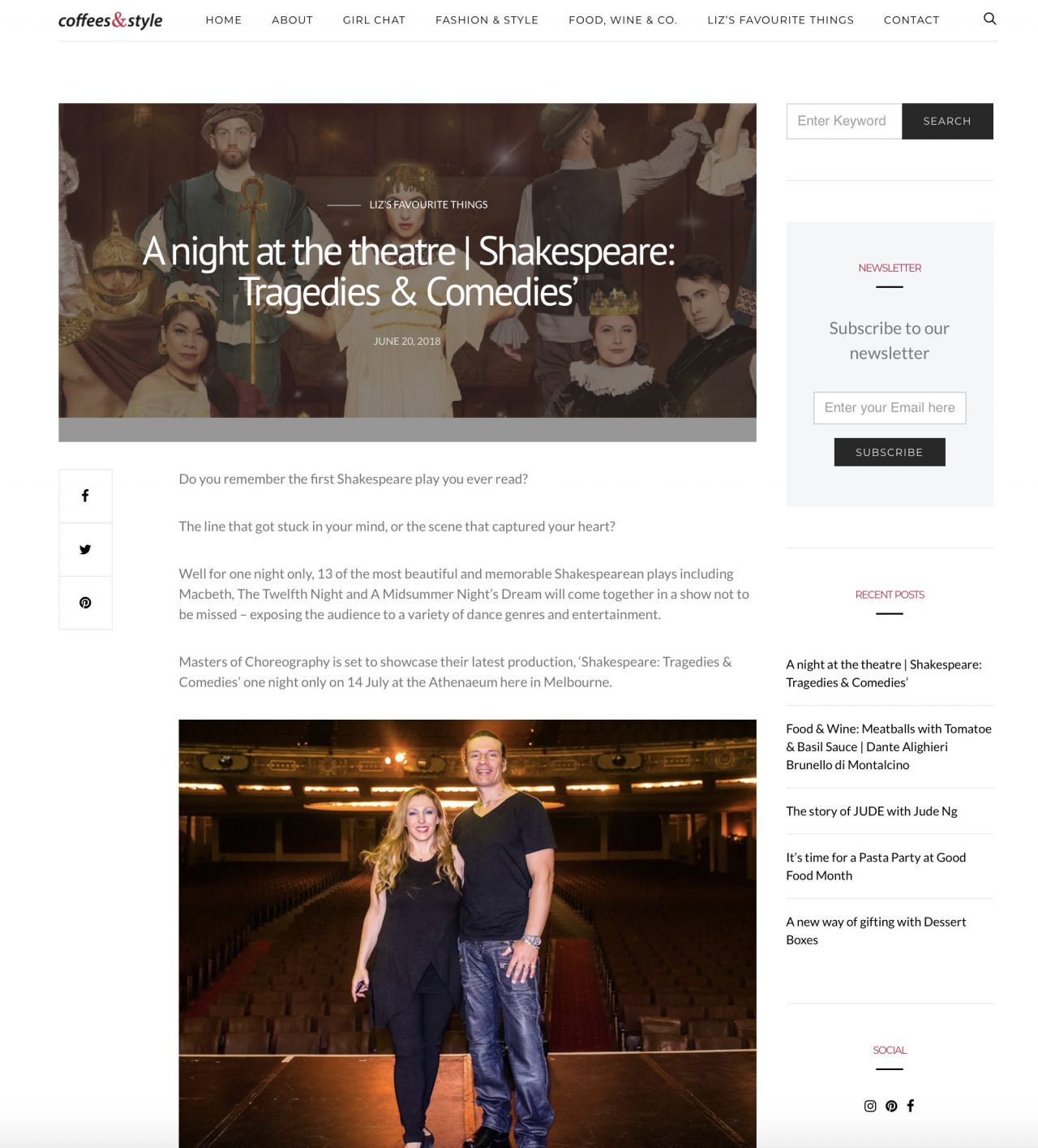 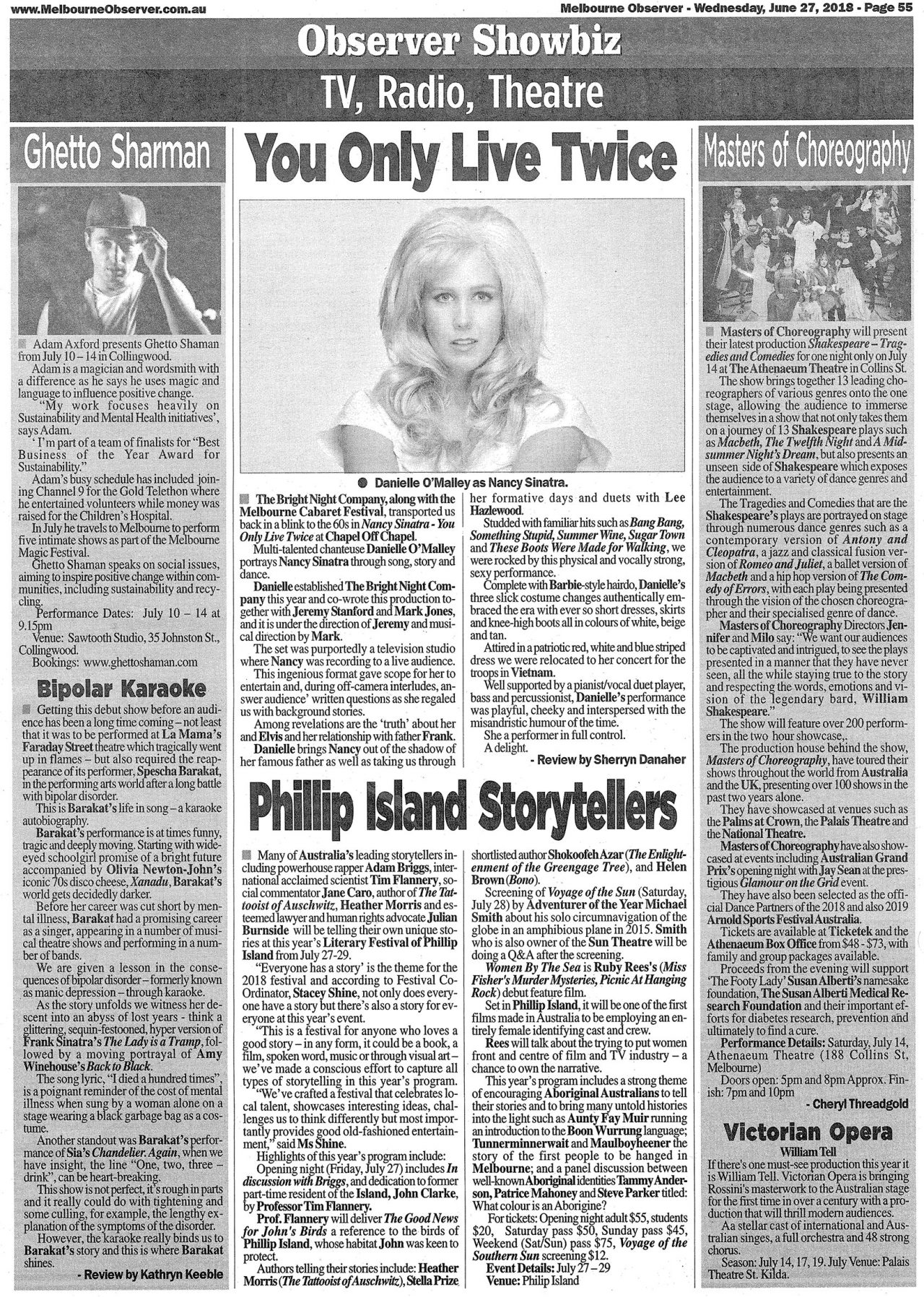