The Golden Fleece Hotel situated at 120 Montague Street, South Melbourne has opened its doors after being taken over by Two Wrongs Founders, Isaac Constantine and Zachary Riggs, and a full renovation. Serving up a Mediterranean-style menu and visual atmosphere bringing Santorini to Melbourne, open 7 days a week from 12pm till 1am!

Walking through the doors of the Golden Fleece Hotel, you will be greeted with white sandstone booths and tables, combined with an eclectic interior of vases housing cacti and a variety of plants in vases inspired by the historic ancient world.

Heading up the stairs to the upper level to a stark contrast of from its bright sandy white lower level to shades of black and exposed natural brick. The upper level features a pool table, black booth dining areas, and a DJ room set for a good time, before heading out to the white sandstone open-air rooftop containing booth seating and fireplace, as well as another seated balcony where you can take in a summer sunset over Melbourne’s high-rises.

The Golden Fleece Hotel also houses its own bottle shop with a soon to launch subscription service where you can order your favourite wines, cocktails, and beers they have available that will be delivered to your door monthly. 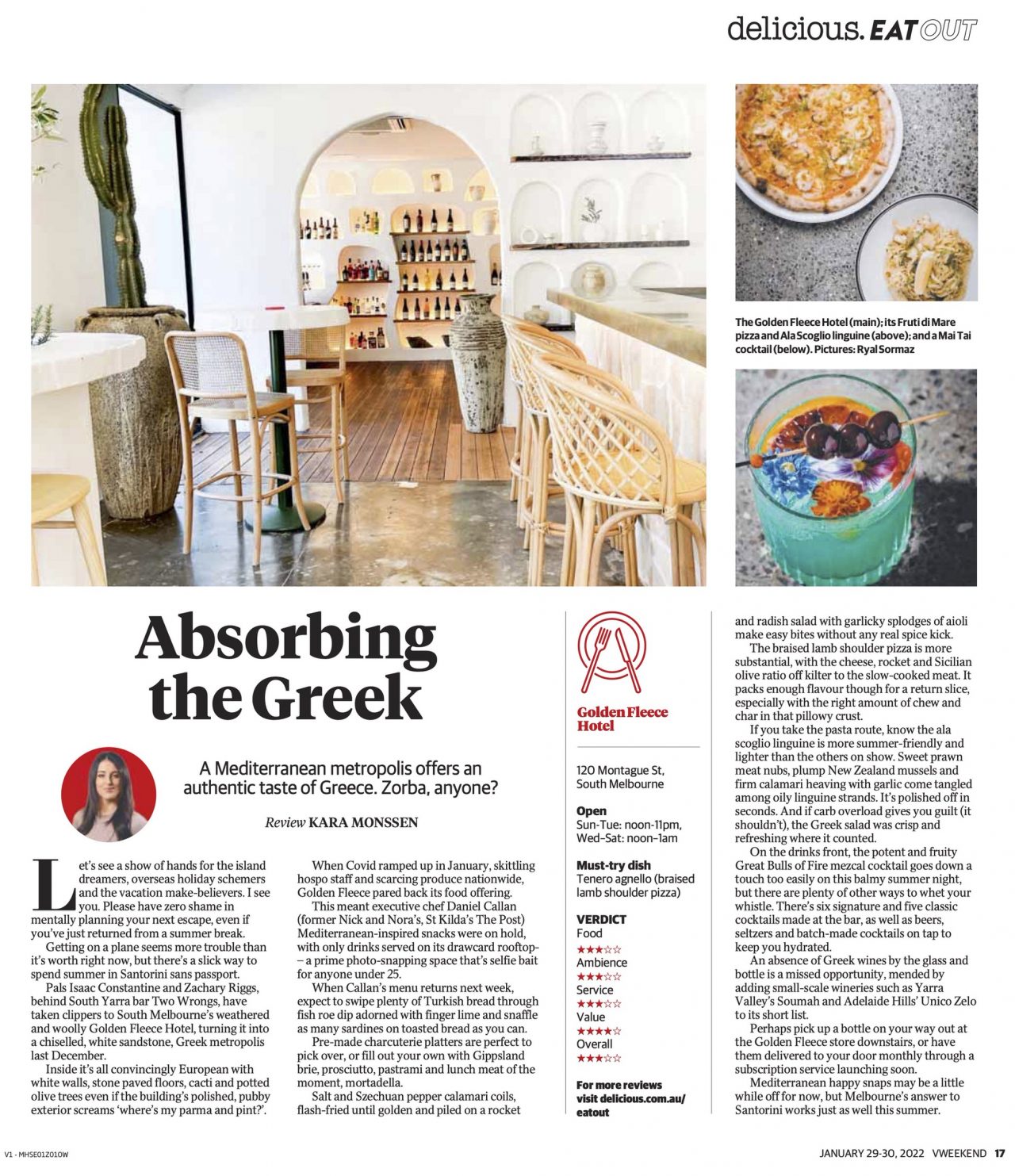 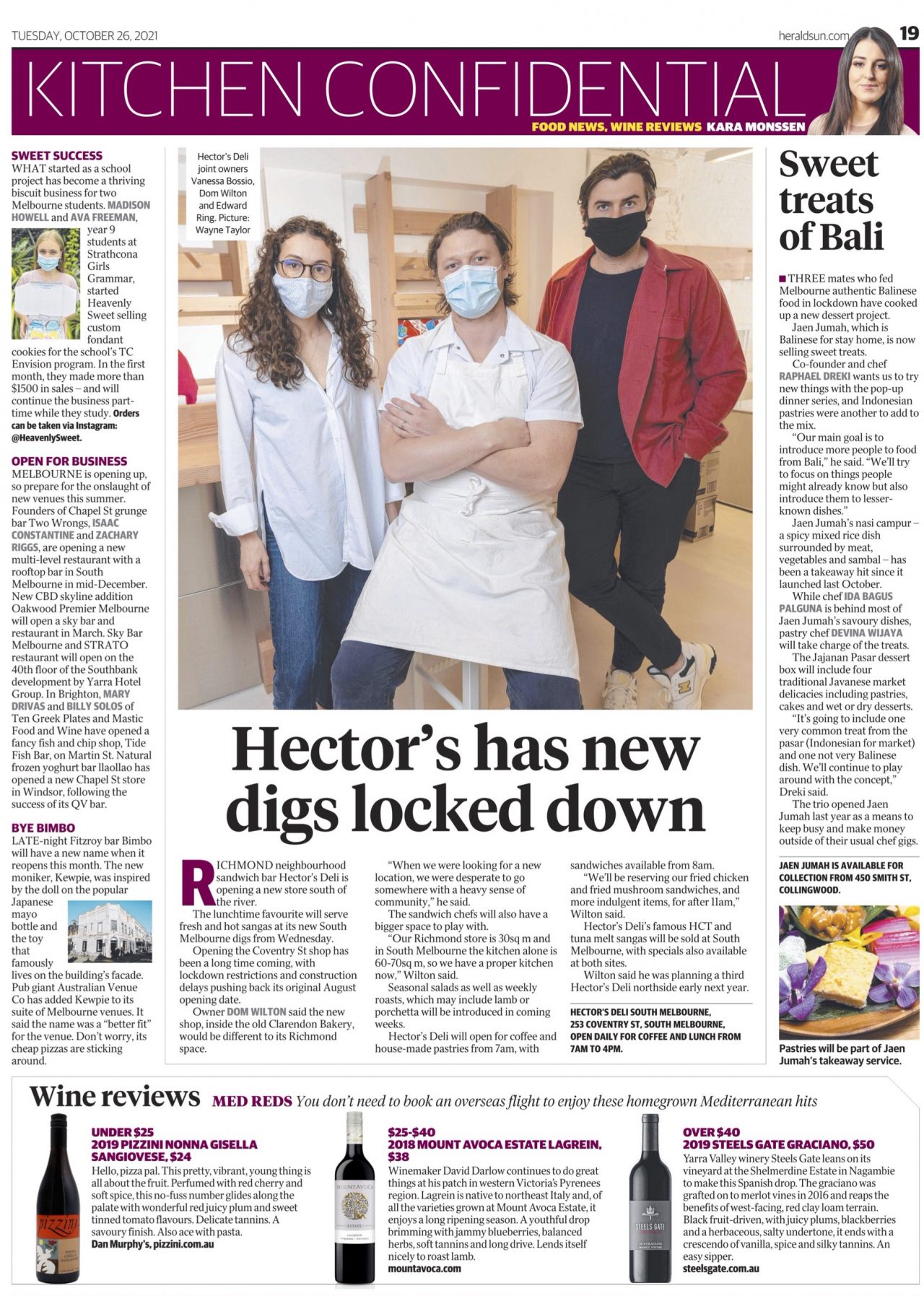 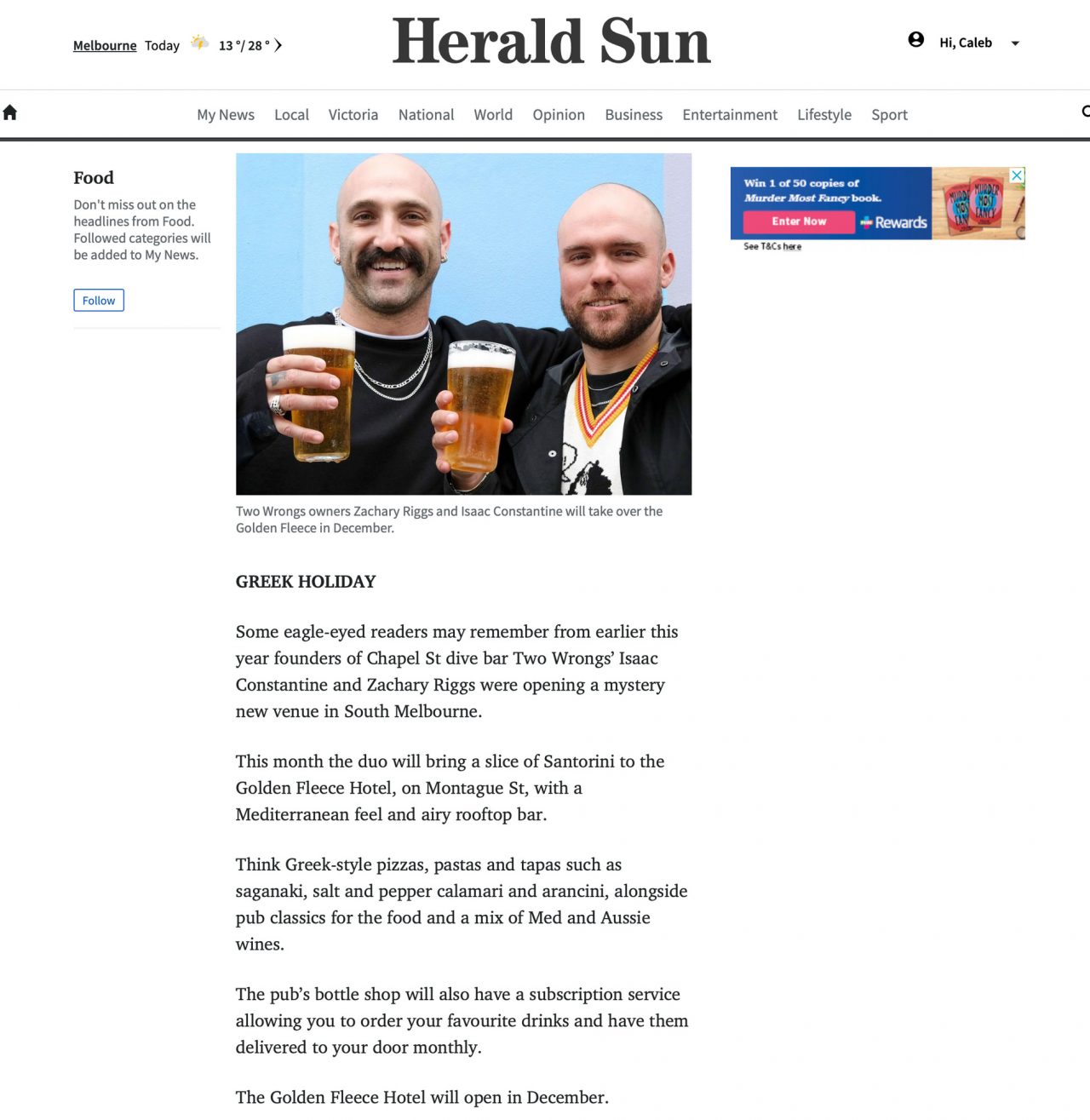 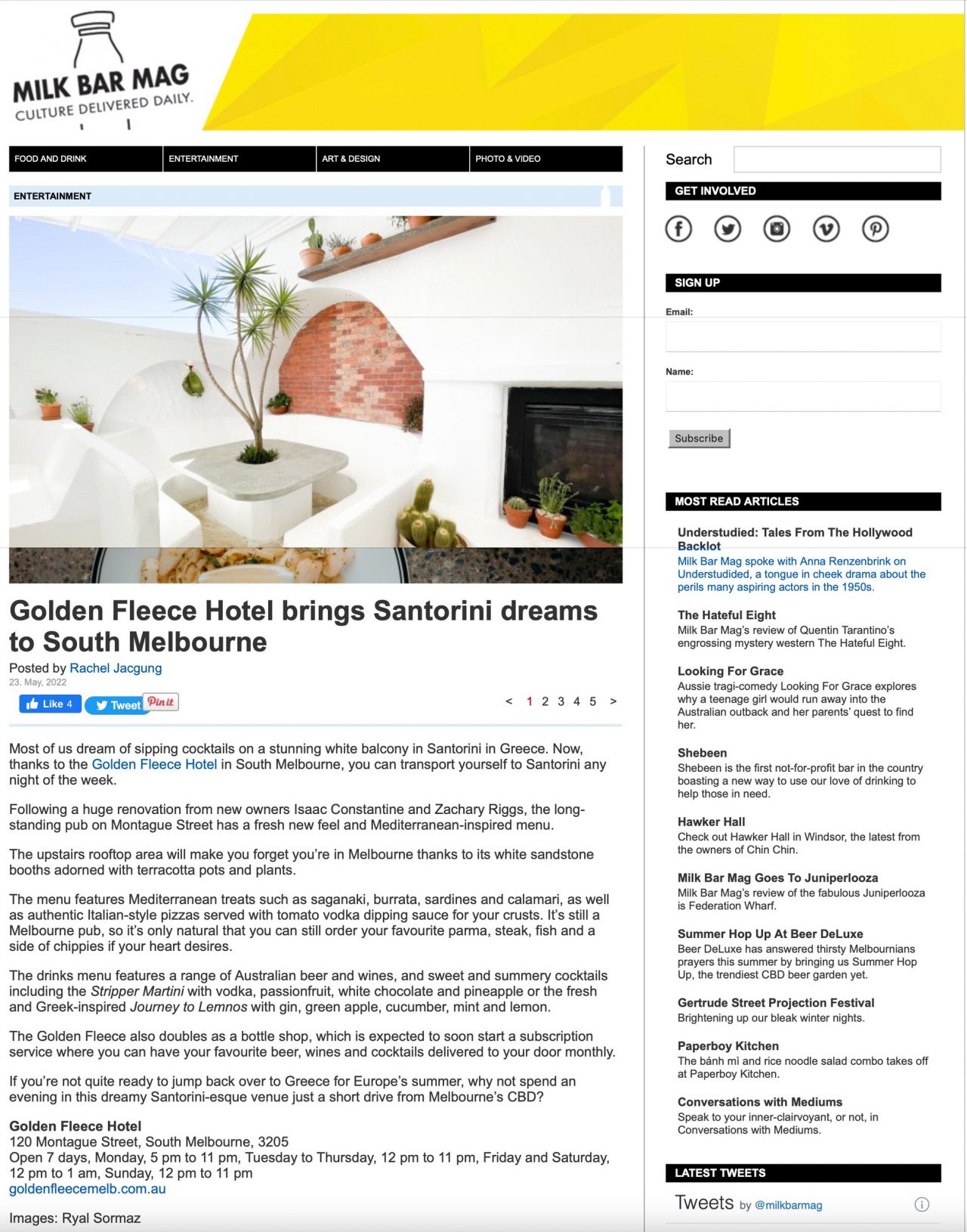 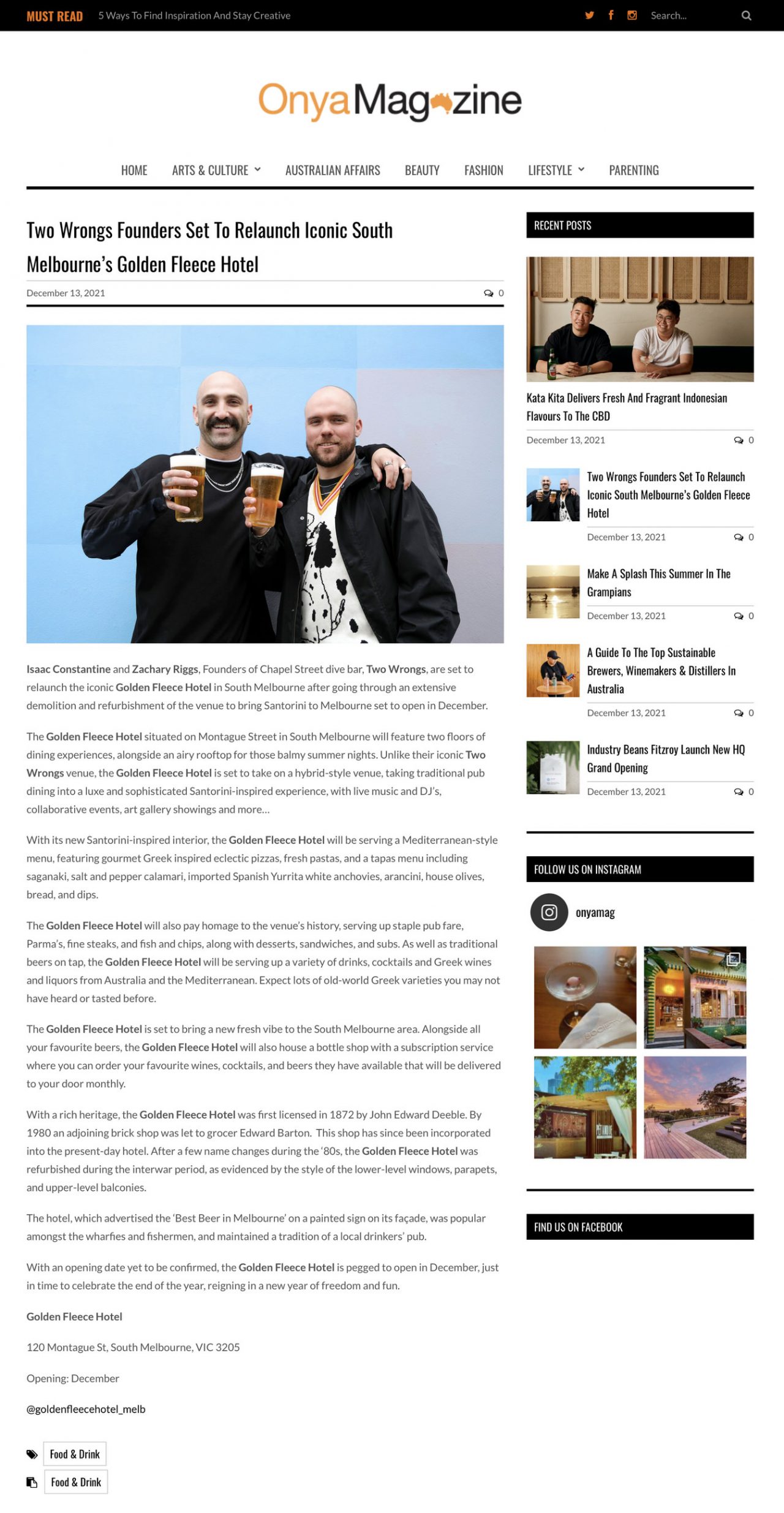 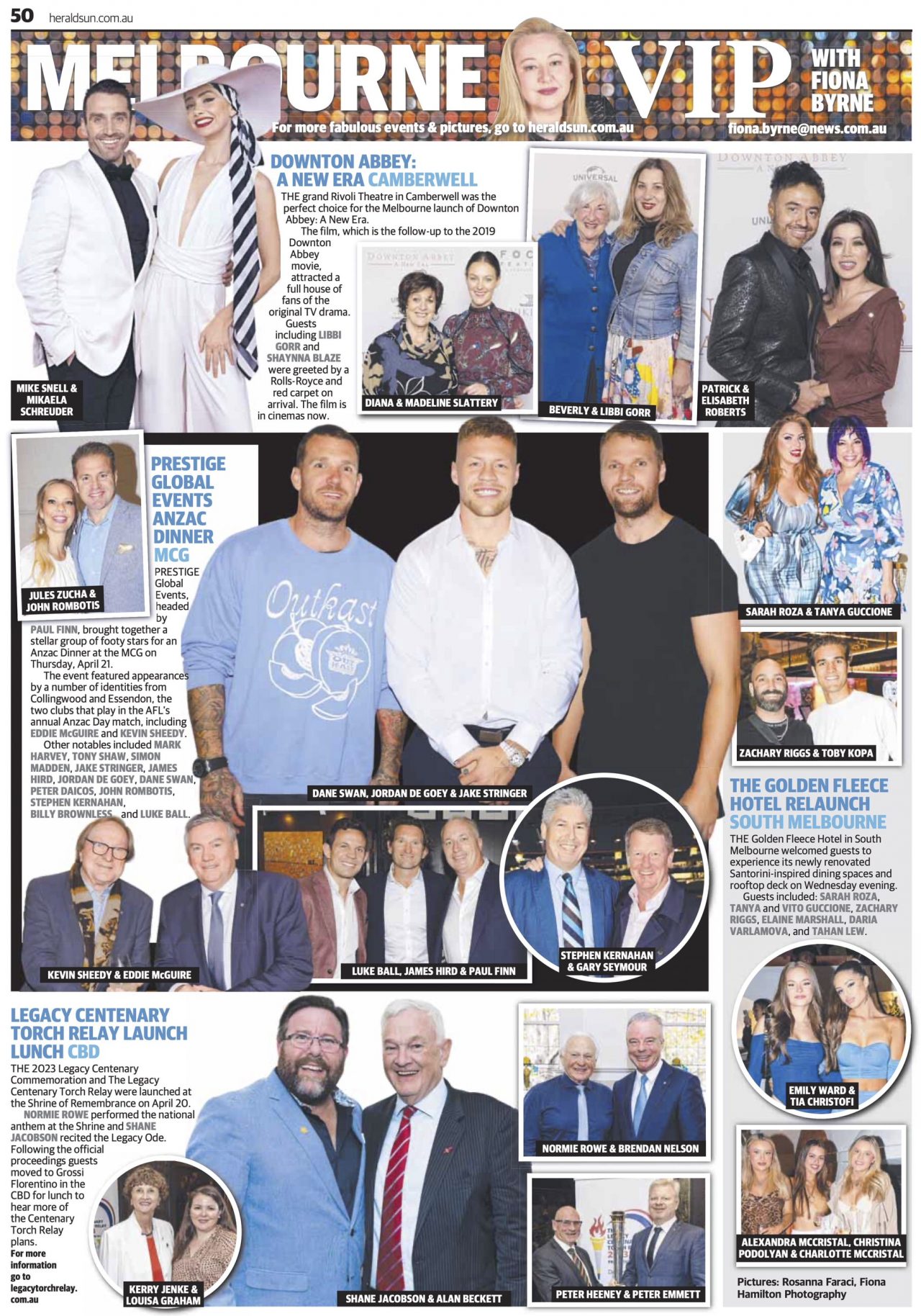 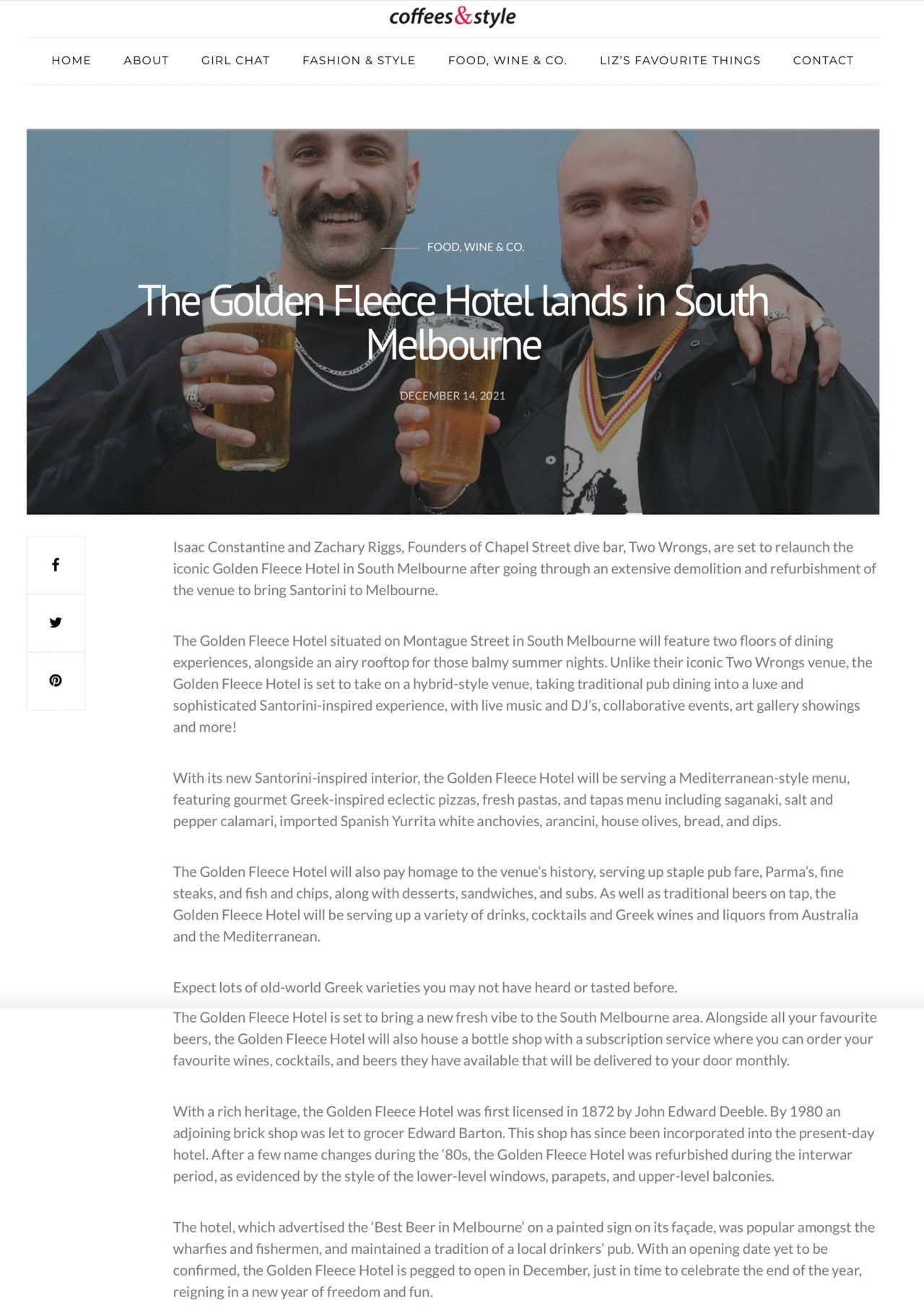 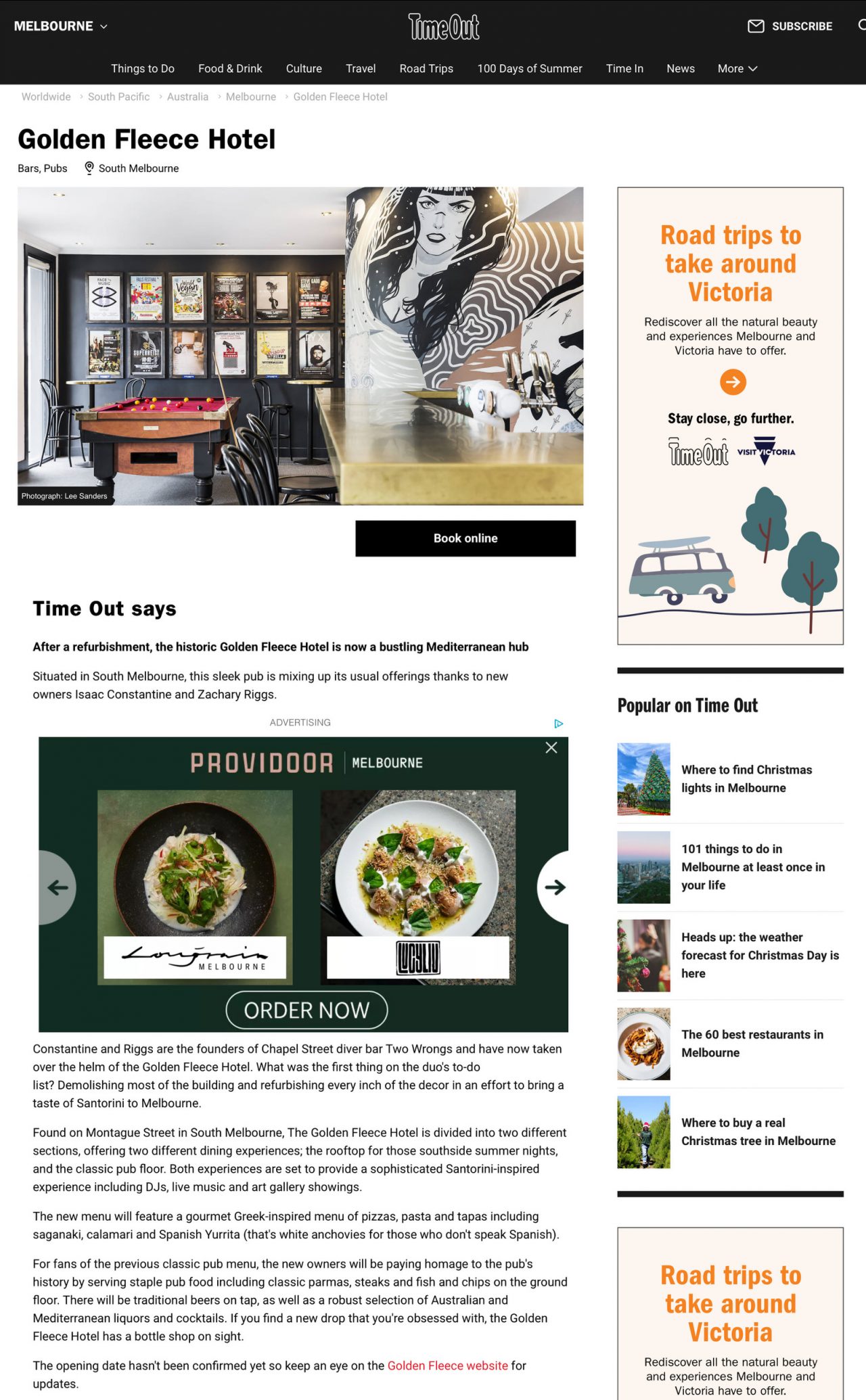